Brexit Survey: Office Workers Wish to Remain in the UK

It is less than two weeks away until the highly important EU referendum, where UK voters will be asked whether the UK should leave the European Union or stay in it. We wanted to know how office workers felt about it, so asked 10,000 eligible voters which way they would be casting their vote.

We know that results are likely to be different in different regions, so we made sure we surveyed people from ten different cities in the UK. These were:

The results came in as shown below: 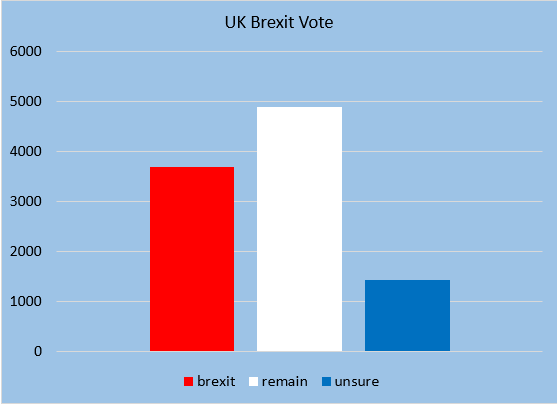 Altogether, from the 10, 000 people we asked in the UK, virtually half of them (4887) stated that their vote would be going towards the remaining in the European Union camp. Leave voters totalled 3680 and 1433 were still unsure as to how they are going to vote. Currently, the remaining vote is obviously in the lead, but the unsure voters make up 14%, meaning they can swing the vote towards exiting the EU, otherwise known as Brexit.

How does each city intend to vote? 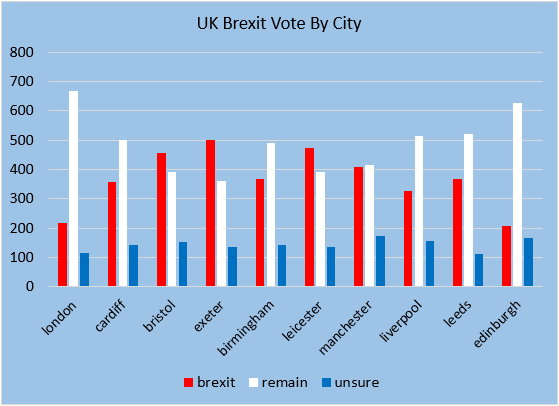 As the chart above shows, the capital cities of England and Scotland are both overwhelmingly leaning towards the UK staying in the European Union, with more than 60 per cent of respondents saying 'remain'. Leeds, Liverpool and Cardiff also had more than half of the survey participants stating remaining in the EU would be their choice.

In contrast, office workers in Leicester, Exeter, and Bristol all favoured an exit vote from the European Union, with respective votes of 47 per cent, 50 per cent, and 45.5 per cent. Exeter was the only area where more than half of respondents planning on voting to leave. In Manchester, the majority of people said 'remain', but there was an exceedingly small margin of just eight votes. This means that the 174 participants who are still unsure could easily make the vote swing the other way.

The chart below shows the full results for the areas:

Was there a difference between female and male voters?

On top of finding out the different voting patterns across cities, we wanted to see if there were any differences in how men and women would vote in the upcoming referendum. These are our findings:

As well as different cities, we wanted to see whether there was a difference in how the genders will vote for the upcoming election. Here’s what we found: 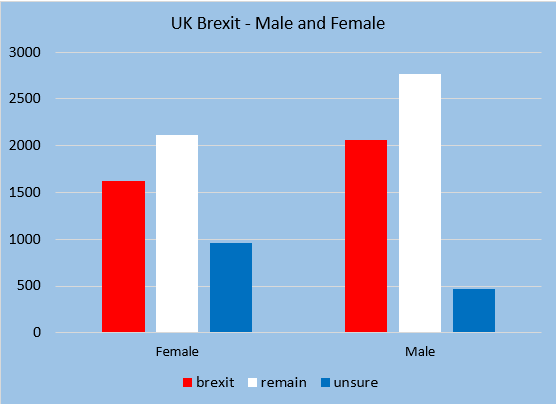 Both female and male participants in the survey were mostly for the UK staying in the European Union. Altogether, 45 per cent of women voted to remain, as did 52 per cent of men. When it came to voting leave, 38% of men asked said yes, but only 34 per cent of women agreed.

If these results are anything to go by, remain is the option taken by UK office workers, but it is still a close call. It is important to remember that we did only ask office workers for their thoughts, but we also ensured they were from across a range of industries to make it unbiased as we could. However the vote goes, one thing is clear: people feel strongly about it.