Discover a range of private serviced offices to rent in Kensington, West London. Each business centre listed provides a range of luxury, modern and traditional office space available to suit businesses of all sizes.

Different sizes of private offices
available for 2 to 70 people
at Kensington High Street. Various private offices at
Holland Street available
for 2 to 45 people. 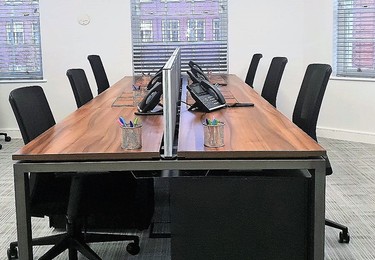 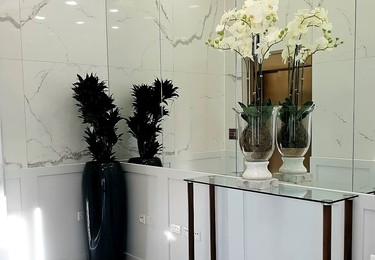 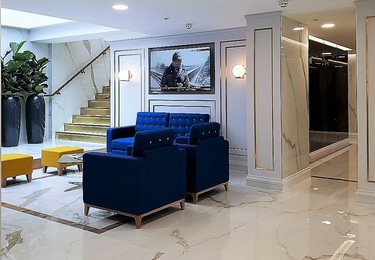 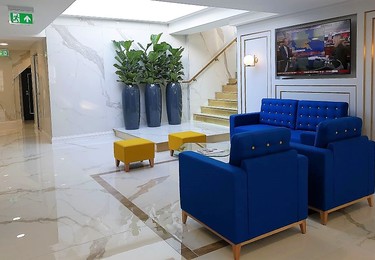 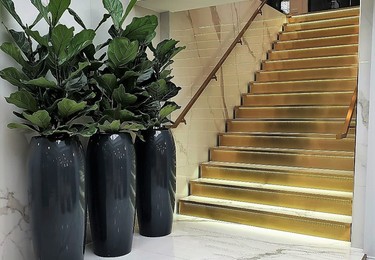 Various private offices at
Allen Street available
for 2 to 80 people. 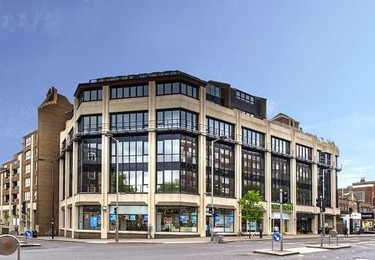 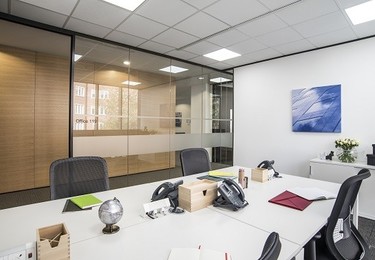 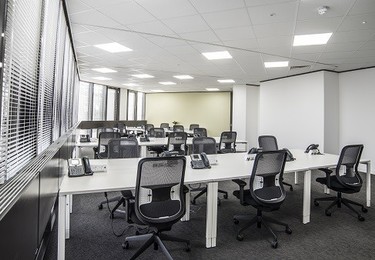 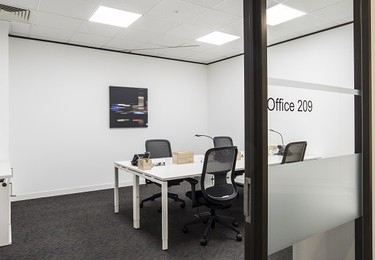 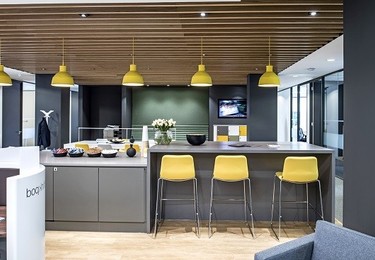 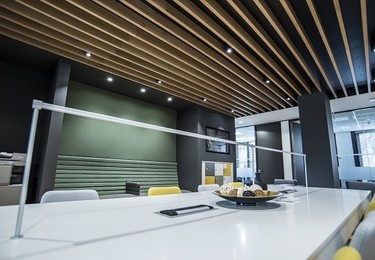 More private offices to choose
from at Kensington High Street
for 2 to 50 people.

Kensington is one of the most sought-after areas for office space in London and was given ‘Royal’ status back in 1901. In addition to Kensington Palace, this area is also known for Kensington Gardens and Holland Park, both of which are open to the public and are beautiful in the summer months. With countless stunning leafy parks, museums and galleries, and shops, it is no surprise that Kensington is such a popular location with locals and visitors alike. However, despite being so popular, it has retained a wonderful village feel to it that offers residents and business owners the best of both worlds.

The area is packed with landmarks and attractions, from the Natural History Museum, Science Museum and the Royal Albert Hall to Kensington High Street and the former Barkers department store building which highlights the areas rich retail history. This neighbourhood is synonymous with shopping and there are numerous stores, boutiques and specialist shops to explore here on lunchbreaks or after work.

In addition to retail, Kensington is well known for being home to the offices of several record companies. The glamour and elegance of Kensington is one of the main draws for businesses who want to set up their company in one of the most luxurious locations in the country. Kensington is also a notoriously safe area that puts business owners’ minds at rest. There are few locations that provide such a beautiful backdrop with endless opportunities for culture and networking, providing an enviable position for companies working here.

Kensington has numerous luxury business premises to choose from, in keeping with the affluent nature of this part of the city. The prestige of a Kensington address is what makes this such a popular area for businesses as it exudes luxury and professionalism. Business premises here are available as private or shared offices, typically suiting medium-sized businesses, although smaller teams will also find many options here. It is a great option for companies looking to relocate to a more luxurious location as they expand their business, as it provides brilliant opportunities for networking and connecting with other companies and clients in the area.

From restored period buildings to innovative architectural designs that are striking and contemporary, offices here are varied to suit different tastes and business sectors. The central location and numerous modes of transport available provides companies with a superb opportunity for accessing the rest of the city along with all of the nearby attractions and conveniences that Kensington has to offer.

While there are car parks here, they fill up fast due to the popularity of this neighbourhood. The transport links are so plentiful and regular that public transport is typically a more convenient and quicker option for getting around the city.

Kensington is located in West London and is arguably most famous for its high street. In the north you’ll find Notting Hill, with Belgravia to the east, Earl’s Court to the south and Shepherds Bush and Hammersmith to the west.

Office space in Kensington is well-connected by a number of nearby transport links. There are three Underground stations in this area – High Street Kensington, Gloucester Road and South Kensington, all of which are on the Circle and District lines and the latter two also on the Piccadilly line. There are also plenty of bus routes running through Kensington as well, with cycle routes and docking stations throughout. There are major roads linking Kensington to the east and west of London, Hounslow and Heathrow Airport. The A4 heads straight out to the M4, while the A40 is also close by which delivers quick access to the west of England. The closest Overground station is Kensington Olympia station, which is both a rail and Tube station.

Dining has never been easier than in Kensington – this area has an astonishing range of options for staff to pick from. From the world-famous Hummingbird Bakery to classic afternoon tea at the Milestone Hotel, and popular chains like Starbucks and Café Nero, this area has something for everyone. With offices central to Kensington’s main shopping hubs, there are always places to grab food and coffee within walking distance of the workplace. There are numerous delis and cafés for workers looking to pick up food on their lunchbreak, as well as restaurants and bars for after-work drinks and a bite to eat. In fact, this area alone has three Michelin starred restaurants to its name, so foodies won’t be short of places to try when working here. There are also supermarkets and grocery stores, including a vast Whole Foods with a deli counter for picking up fresh produce and snacks. Plus, with Kensington steeped in culture and historical landmarks, there is more than enough to explore during downtime from work too.