How Many Employees Lie When Taking Time Off Work? Our Office Worker Survey Investigates

Here at FreeOfficeFinder we’ve been curious about people taking time off work and their reasons for this. We surveyed 10,000 UK office workers about their thoughts on sick leave and if they had taken days off work without being poorly. We wanted to find out what the thoughts were across the nation and just how many days were wasted with employees being sick when they were actually okay.

It is worth pointing out that most people who are unable to attend work due to sickness are genuine. The Government have set up a page so you can find out your rights as an employee if you do need to have time from work due to sickness - https://www.gov.uk/taking-sick-leave.

What Did We Ask And What Did It Show? 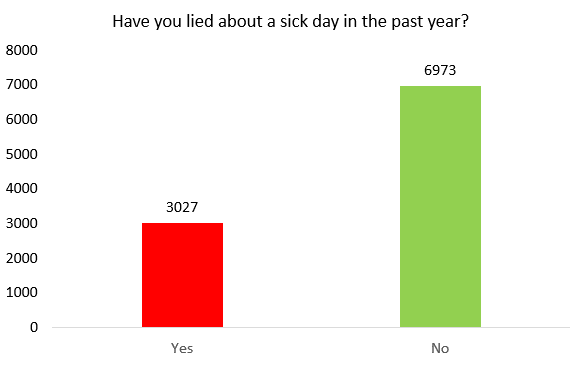 Following on from this, we questioned whether this was a regular occurrence or something they had decided to do just once. 58% of them (1758) told us it had been just once, whereas the other 42% told us they had called in sick even when they were well more than once in the past 12 months. 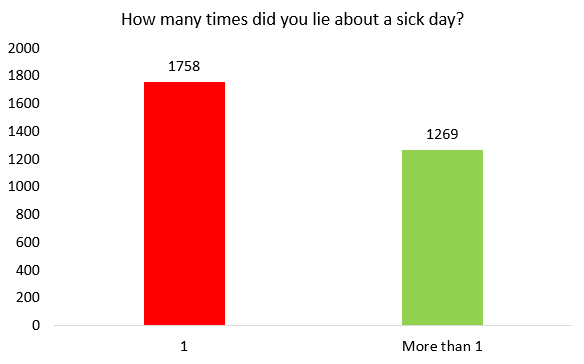 What Else Did We Find Out?

We went on to question those 3,097 people who told us they had phoned in sick when they weren’t unwell about the reasons they couldn’t attend work. Most employers will be unsurprised to know that 1,473 people told us they couldn’t go to work as they were too hungover. 574 just dreaded the thought of going to work and 455 said they had no reasons for wanting to fake being ill and taking time off work. There were other responses including the death of a pet, wanting to watch a TV series, not liking their boss and just feeling entitled to a day off due to the fact they get paid sick leave. 60% of those asked said they did not feel guilty for taking the time off. 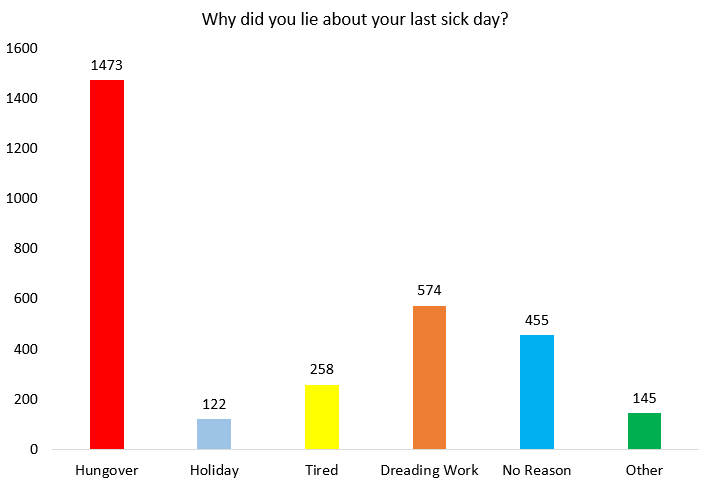 As part of the survey, we also wanted to look into whether your gender made any difference to your likelihood to blag a day off work. We should point out we did have slightly more males in the survey (5,769) than women (4,231). Despite this, it was actually women who were more likely to lie and take time off. In fact, 1562 women told they had done that on at least one occasion in the last 12 months. That is 37% of women that took part compared to 25% of men. 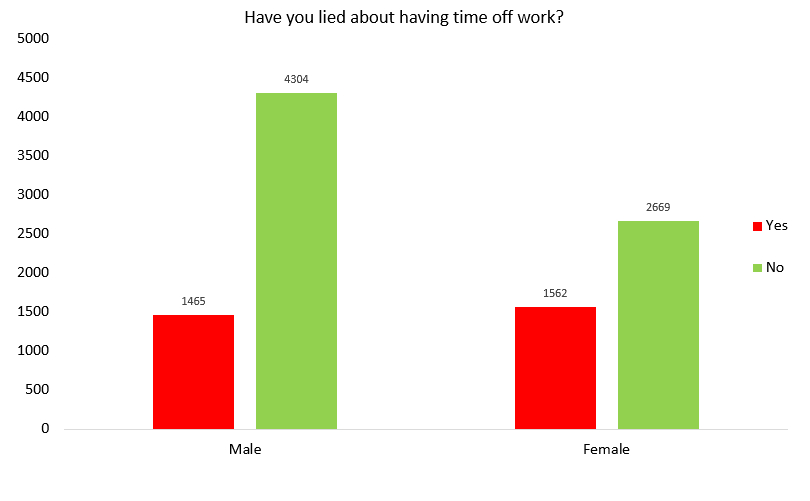 Does Age Make a Difference?

We wondered whether age made a difference to the chances of taking a day off work. We had a reasonably fair spread representation across the age groups:

Most people would probably assume that it would be younger people taking time off, but actually, it was the older groups that had a high percentage of people admitting to taking time off work. 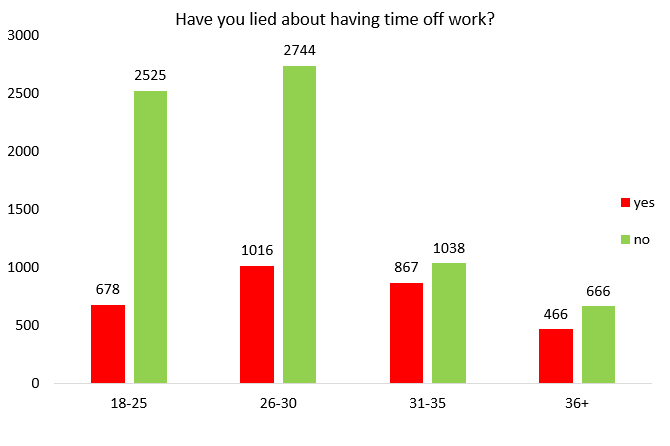 We made sure that we had a fair representation of different cities. We had 1000 people taking part in each location – Glasgow, Leicester, Birmingham, Manchester, Newcastle, Leeds, Cambridge, Cardiff, London and Plymouth

Almost half of the people from Leicester (431 people) told us that they had lied about being sick to take at least a day off work. Newcastle and Cardiff had many people confessing to doing the same. The south of the country had a good result with only 186 people from Plymouth telling us they had lied to take time off work. Glasgow and Cambridge also have positive results. 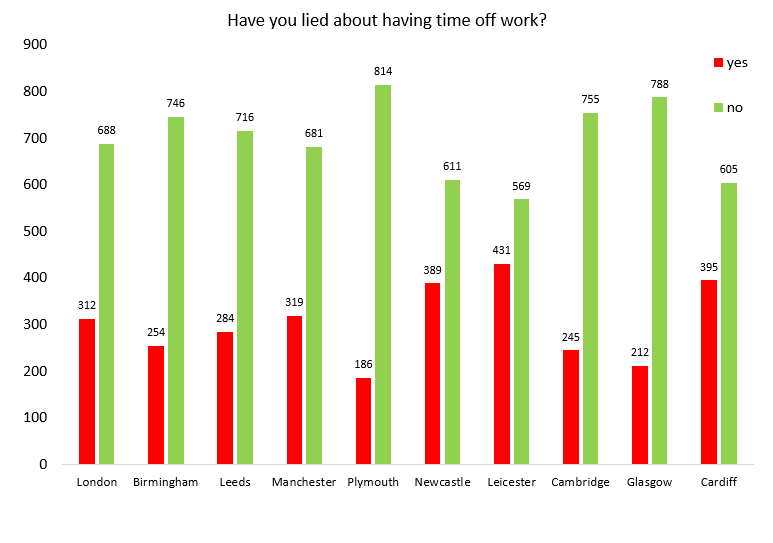 What Did The Results Show?

66% of those who took part told us they hadn’t lied about being sick to take time off work. We felt that this showed office workers throughout the UK respect their employers. There were some varying results between age and gender, however, out of everyone we surveyed just 1,269 people told us they had taken time off sick on more than one occasion when they were well. It goes to show that a majority of employee/employer relationships are good ones.