Great Portland Estate has submitted plans to Southwark Council for a new office building to sit in the shadow of The Shard. London-based architects Allford Hall Monaghan Morris (AHMM) have drawn up plans for the building which will stand 37-storeys tall.

This new development, despite standing 144m, would still be eclipsed by its 310m neighbour. If the submitted plans are given the green light, it would mean the demolition of the current office building at 20 Thomas Street, New City Court.

GPE’s newest project would add a large amount of commercial property space to London Bridge. The new project includes 370,000 square feet of office and ground-floor retail space, a 250-seat auditorium on the 21st and 22nd floors, and a double height public garden within the building on the 5th and 6th floors. 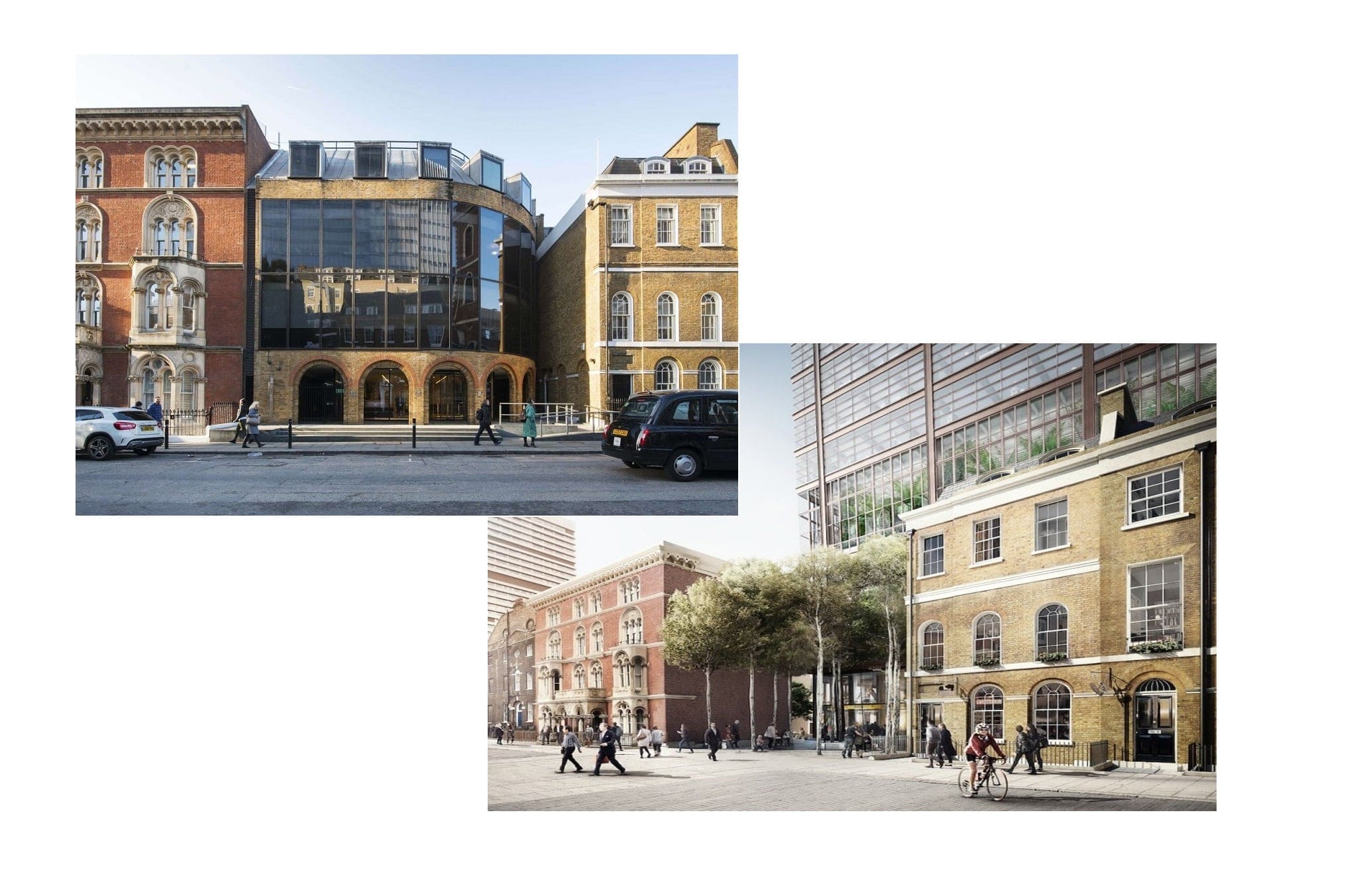 The plans will also include the restoration of the listed terrace at 4-16 Thomas Street, as well as the redevelopment of Keats House at 24-26 Thomas Street. The proposals for New City Court would include 1,900 square meters of new public space, including a new courtyard with access to the Borough High Street entrance to London Bridge Underground station.

Also involved in the wider project are the following: Gardiner & Theobold as project managers; AKTII as structural engineers; Aliena as cost consultants; and Chapmans BDSP as mechanical and electrical consultants.

Great Portland Estates have worked with AHMM before on 240 Blackfriars, a 19-storey office building on the South Bank. AHMM has been involved in a number of large London projects recently, including King’s Cross P2 and LinkedIn’s new headquarters in Farringdon.

There is a public consultation open on the scheme until 14 February.