We list serviced office space for rent in Perivale (North West London) to choose from. The properties/business centres we list below offer a range of different offices for all sized companies. 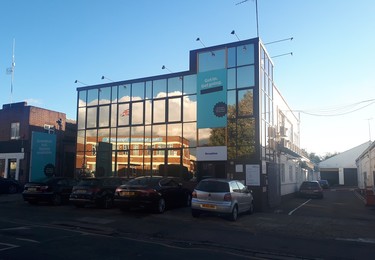 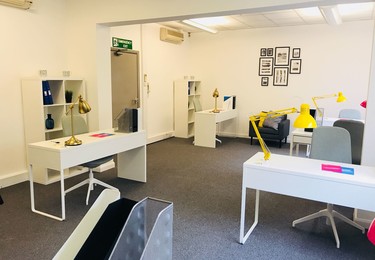 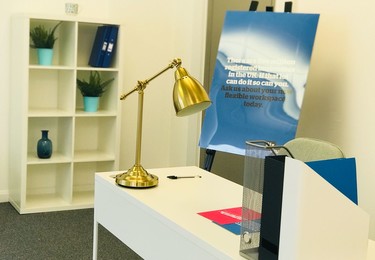 More private offices to choose
from at Wadsworth Road
for 2 to 55 people.

Perivale is a popular suburb in West London, packed with charming leafy spaces such as Pitshanger Park, Horsenden Hill and Perivale Park. It has a village feel and provides excellent value for money for businesses looking for office space, resulting in its popularity as a cost-effective alternative to inner city options.

This industrial area of East Greenford is bounded by River Brent and the Grand Union Canal and is within easy reach of Wembley and Ealing. Perivale is divided into three areas – Bilton Road, Pitshanger and Medway Village. The area is popular with commuters and business owners who want fast and easy access to the rest of the capital but with more affordable commercial spaces.

Perivale has a great selection of modern office premises, from striking glass structures that house a range of workspaces to classic business centres that accommodate companies of all different sizes. From small teams to large expanding companies requiring office space for hundreds of staff, Perivale provides great choice with flexible leases in a serviced or managed capacity.

Commercial properties in Perivale are available to rent on a private or shared basis, allowing for greater flexibility. Nearby transport connections make it easy for commuters to get to and from work each day, and there are also parking spaces at Perivale Station.

This area is surrounded by Alperton, Greenford and West Ealing, with Wembley to the north-east.

Offices in Perivale have great access to a number of nearby transport links. Perivale has an Underground station which is served by the Central line, while Alperton on the Piccadilly line is close by. Greenford, Hanger Lane and Sudbury Town are all nearby as well. A trip to Victoria Station takes just 35 minutes while a journey to the City of London is around the same time.

The nearby mainline stations are South Greenford and Wembley Central, while the area is also well served by bus routes which provide access to Wembley, Southall, Ealing and Shepherds Bush. For those driving into the area, the A40 delivers great road access to central London.

Perivale has a number of cafés for grabbing lunch or coffees during the day, including popular options such as Costa Coffee and local independent offerings such as Brothers Café. For evening dining with colleagues and friends, the area has several restaurants, including the Myllet Arms pub and carvery, as well as many more options in nearby Wembley. There is a choice of grocery stores here, both independent and branded.

For shopping, Perivale has a great selection of independent shops and stores to browse. The area is home to several leafy open spaces that are ideal for unwinding on your lunchbreak and enjoying a peaceful walk away from the office, as well as golf clubs for after work activities.